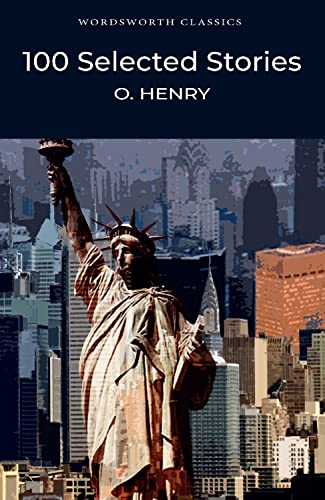 This collection of 100 of O Henry's finest stories is a showcase for the sheer variety of one of America's best and best-loved short story writers The variety of the stories is amazing; O Henry is as at home describing life south of the Rio Grande as he is chronicling the activities and concerns of 'the four million' ordinary citizens who inhabited turn-of-the-century New York. They are marked by coincidence and surprise endings as well as the compassion and high humour that have made O Henry's stories popular for the last century.

William Sydney Porter (1862-1910) published all of his work a novel and some 300 short stories under the pseudonym 0. Henry. His talent for vivid caricature, local tone, narrative agility, and compassion tempered by irony made him a vastly popular writer in the last decade of his life. He was born in Greensboro, North Carolina, to ordinary middle-class parents and worked in an uncle’s drugstore as a youth, becoming a certified pharmacist. Like many Southerners after the Civil War, he sought his fortune in the West, holding various jobs (newspaper work, clerking in a land office, a teller at an Austin bank). Charged with embezzlement in 1894, he fled to Honduras, returning in 1897 to be with his ill and dying wife. His conviction was caused more by his eluding trial than by the conflicting evidence of theft. In the Ohio State Penitentiary (1898-1901), he began to write the stories that made him famous. He moved to New York, remarried, and kept his identity a secret from all but a few friends. He is buried in Asheville, North Carolina. He is universally honored for his mastery of the short story and for his humane spirit.
Guy Davenport, a critic and writer of fiction, is best known for two books of essays, The Geography of the Imagination and Every Force Evolves a Form. He has published seven collections of short stories and numerous translations of early Greek poets and playwrights. Now retired, he was a professor of English at the University of Kentucky from 1964 to 1990. He is also a painter and illustrator.

academic theology .modern first editions political and all other subjects We carry a wide selection of titles in The Arts, Theology, History, Politics, Social and Physical Sciences. academic and scholarly books and Modern First Editions etc.)