Items related to 101 Reasons to Love the Tigers 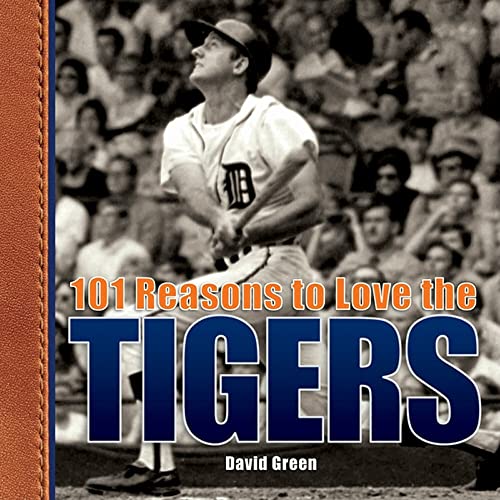 101 Reasons to Love the Tigers

Title: 101 Reasons to Love the Tigers

Eager for baseball season to begin and for the Michigan winter to thaw, a record-breaking 44,934 fans poured into Comerica Stadium for the Tigers’ opening game this April. It’s a trend that’s building. After making it to the 2006 World Series, ticket sales have been at all-time highs, and predictions for `08 are even fiercer – this season, an estimated 3 million fans will come root for the Tigers on their home turf.
The Detroit Tigers have played a big role in making baseball America’s pastime. It’s the team of Hall of Famers Ty Cobb, Charlie Gehringer, Hank Greenberg, and Hal Newhouser. It’s the team who played at the historic Tigers Stadium for almost ninety years and whose games were called by the legendary voice of broadcaster Ernie Harwell for almost half a century. As one of the first teams in the American League and one of the few to still remain in its original city, the Tigs, win or lose, are the pride of the Motor City.
101 Reasons to Love the Tigers is a natural addition to a series that celebrates baseball’s greats. Complete with photography from both today and yesteryear, this lively book pays homage to the Tigers’ most memorable moments, rich traditions, and legendary players.