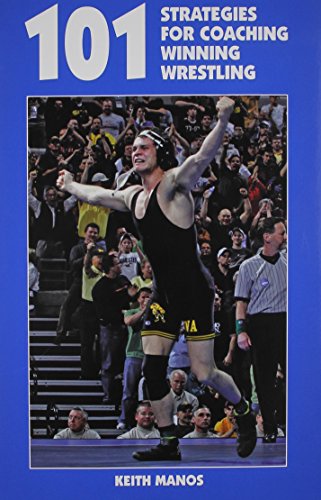 101 Strategies for Coaching Winning Wrestling provides coaches with a plan to maximize the success of their wrestlers. The book provides a very accurate and detailed explanation of how to run a successful wrestling program. The 101 strategies are separated into chapters detailing under what circumstances a specific strategy is best used, including pre-season, the entire season, first week of the season, the day before a match or tournament, the day of a match or tournament, after matches or tournaments, final weeks of the season, and post-season.

Keith Manos is an English teacher and the former wrestling coach and athletic director at Richmond Heights High School (OH).

In 2000 Keith was also honored as Ohio s English Teacher of the Year by the Ohio Council of Teachers of English and Language Arts.