Items related to 12 Days on the Road 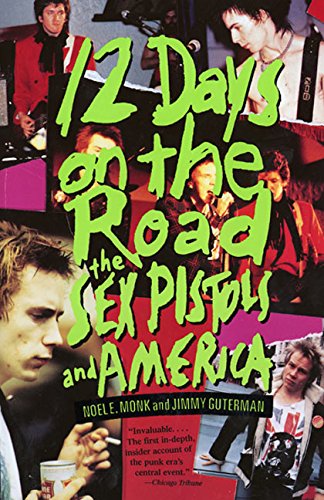 In the mid-seventies, the Sex Pistols, the most controversial rock-and-roll band ever, erupted out of London, offending everyone from members of Parliament to the rock establishment it sought to unseat. With its raw, anarchic sounds, aura of sex and violence, outrageous behavior, and concerts that frequently degenerated into near-riots, the band changed the rules of rock-and-roll forever. Add to that the early death of band member Sid Vicious, by heroin overdose, and you have all the ingredients for a legend.

In January 1978, the Sex Pistols came to the United States for a twelve-day tour, mostly of cities in the Deep South. 12 Days on the Road is an extraordinary moment-by-moment re-creation of that wild adventure by Noel E. Monk, the Sex Pistols' American tour manager, and veteran journalist Jimmy Guterman. Here is a sensational, "explosive chapter in the history of rock" (Booklist) that is also "a touching and improbable tale of innocence and exploitation" (Kirkus Reviews).

Noel Monk helped stage-manage Woodstock, served as Bill Graham’s right-hand man at the legendary Fillmore East, and worked with rock musicians including Jimi Hendrix, Janis Joplin, the Grateful Dead, the Rolling Stones, and the Sex Pistols. He is also the author of 12 Days on the Road: The Sex Pistols and America, and he lives in Colorado.