Items related to 13: The Story of the World's Most Popular Superstition.

Home Nathaniel Lachenmeyer 13: The Story of the World's Most Popular Superstition.
Stock Image 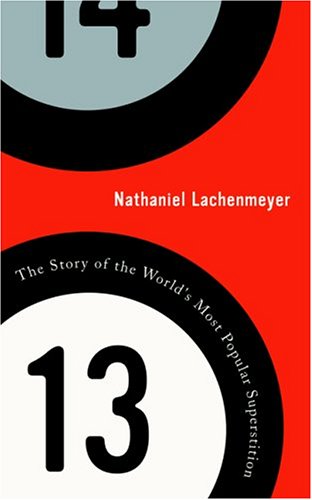 13: The Story of the World's Most Popular Superstition.

13 brings together forgotten history and unknown facts about unlucky 13 to create the compelling story of the rise of a single belief. It is also a book about superstition in general — why people believe what they believe and why they stop believing when they do. 13 draws on history and the range of contemporary superstitions; in so doing, it touches on the fate of mythmaking in general. 13 answers the following questions, among others: When did the 13 superstition begin, and why? Why is Spain divided over whether Tuesday the 13th or Friday the 13th is the traditional unlucky 13th day? What other number superstitions exist in other cultures? Which is the only major hotel in New York City that has a 13th floor? What are the top three conspiracy theories about unlucky 13? What is the Thirteen Club, and why did it count three U.S. presidents among its members?

Love it or hate it, everybody has an opinion about unlucky 13 . . .

"Thirteen is a lucky number for me. . . . There are thirteen letters in my name, and in my thirteenth year at Princeton University I became its thirteenth president. Thirteen has been my lucky number right along." --Woodrow Wilson

"Friday the 13th may not be exactly unlucky, but it hasn’t done us a whole lot of good." --Will Rogers

"Thirteen! Ah, that is indeed a lucky number." --L. Frank Baum, The Patchwork Girl of Oz