Items related to Black Brook, The 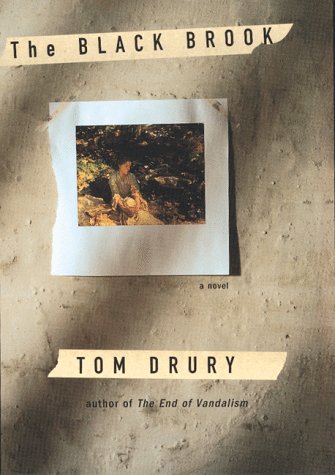 Paul Emmons has his faults - envy, lust, naivete, money laundering, and art forgery among them. A fallen accountant, exiled abroad, he has led a life that inspires courtroom debate over the distinction between "immoral" and "amoral." But it's when he returns to New England, the region of his crimes, that real trouble begins. Paul's singular resources will be vividly tested by a phantom swimmer, a disappearing river, and gangsters torn between vengeance and art appreciation.

There is certainly no disputing the fact that "serious" contemporary fiction has valid things to say about "real life," but the worth of the ludicrous has perhaps been undervalued in modern literature as of late. If television can explore our psyches with one-armed men and dancing dwarves, and if the film industry can claim the Coen Brothers (not to mention the Farrellys) among its ranks, can't the written word itself share in the meaningful silliness? Yeah sure, you betcha. Welcome to The Black Brook and the world of Tom Drury. Fargo lite, if you will. A kinder, gentler Twin Peaks. Here, modern life is not only accepted but embraced in all its gloriously weird complexity as the author cranks up the weirdometer and opts for an anything-goes narrative suffused with breezy humor.

In 1989 in Rhode Island, accountant Paul Nash and his wife reached for the easy money, and when they fell, it seemed like they might never stop: in trouble with the law, out of the local crime syndicate's good graces, and into the arms of the Witness Relocation Program. Here they were baptized Paul and Mary Emmons, managers of a small country inn in Belgium. New name or not, Paul eventually fails to escape the lure of his past and soon finds himself leaving his wife to return to rural Connecticut. Quickly securing not only a newspaper swing shift but also the affections of his ex-best-friend's wife, he somehow finds time to investigate not only the sudden disappearance of a local creek but also the checkered history of a sexy ghost, all the while barely eluding the attentions of a few grudge-bearing Mafiosi.

Drury's first fiction, The End of Vandalism, has been compared to murals from the Works Progress Administration era. Anywhere you look, something interesting is afoot. And the representational link persists in The Black Brook, whose title springs from a moody John Singer Sargent painting. But this novel shares a certain kinship with Jackson Pollock's infinitely tangled webs of paint--amid the chaos, there is some sort of divine order, though one that resists pat explanation. It's either that or the 300 pages of belly laughs you've just endured that accounts for your breathless sigh when you hit the final paragraph. --Bob Michaels