Items related to The 1950s (American Popular Culture Through History) 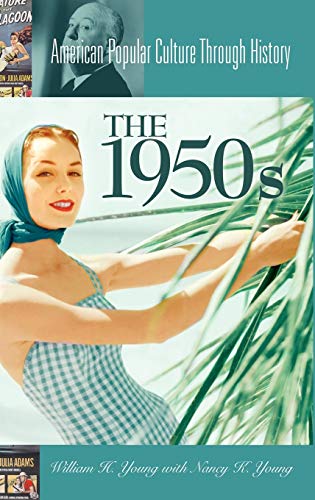 Have the 1950s been overly romanticized? Beneath the calm, conformist exterior, new ideas and attitudes were percolating. This was the decade of McCarthyism, Levittowns, and men in gray flannel suits, but the 1950s also saw bold architectural styles, the rise of paperback novels and the Beat writers, Cinema Scope and film noir, television variety shows, the Golden Age of the automobile, subliminal advertising, fast food, Frisbees, and silly putty. Meanwhile, teens attained a more prominent role in American culture with hot rods, rock 'n' roll, preppies and greasers, and―gasp―juvenile delinquency. At the same time, a new technological threat, the atom bomb, lurked beneath the surface of the postwar decade. This volume presents a nuanced look at a surprisingly complex time in American popular culture.

This volume presents a nuanced look at an often romanticized yet surprisingly complex time in American popular culture.