Items related to 1968: A Student Generation in Revolt 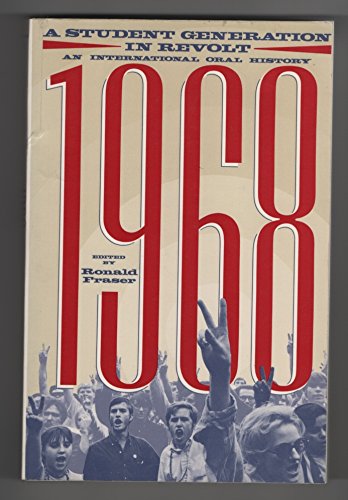 1968: A Student Generation in Revolt

Title: 1968: A Student Generation in Revolt

This examination of an important year in Western history is published to coincide with the 20th anniversary of 1968. 1968, like 1948, was a year in which the Western world seemed to hover on the brink of revolution, and much of the impetus for change came from the student movement. In Paris, rioting students threatened to bring down the authoritarian government of General de Gaulle; in London the anti-Vietnamese War rally was followed by the occupation of the LSE; in Germany and Italy universities were occupied and massive demonstrations mounted; in the United States anti-war fervour and a decade of civil rights culminated in the bloody scenes at the Democratic Party Convention in Chicago. Hostility to the materialism of the postwar consensus made household names of Rudi Dutschke, Danny Cohn Bendit, Tariq Ali and Bernadette Devlin. Public attention was drawn to feminism, the pop and alternative cultures and the sexual revolution. The author is a leading oral historian, and has worked a