Items related to The 1990s (American Popular Culture Through History) 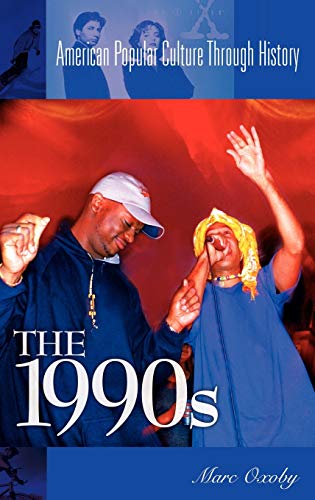 The last decade of the millennium was, in many ways, the most diverse and fascinating in the history of American culture. Alternative subcultures gained unprecedented exposure, manifest in such phenomena as grunge music, gansta rap, hip-hop fashion, raves, extreme sports, and the art of Robert Mapplethorpe and Andres Serrano. Twin Peaks, The X-Files, and The Phantom Menace brought science fiction to the mainstream. Bands such as Nirvana and Pearl Jam spread the Seattle rock scene across America. And even coffeehouse culture went mainstream with the proliferation of the Starbucks chain. Ethnic minorities, youth culture, and homosexual society all achieved larger roles in shaping the American identity. Meanwhile, corporate America pressed onward in its never-ending search for high ratings, giant profits, and more bang for its buck.

The twelve narrative chapters in this book depict the United States as brought to you by Generation X―a culture busting out in new and unforeseen ways. The volume also includes chapter bibliographies, a timeline, cost comparisons, and lists of suggested further reading.

Twelve narrative chapters depict the United States as brought to you by Generation X—a culture busting out in new and unforeseen ways.