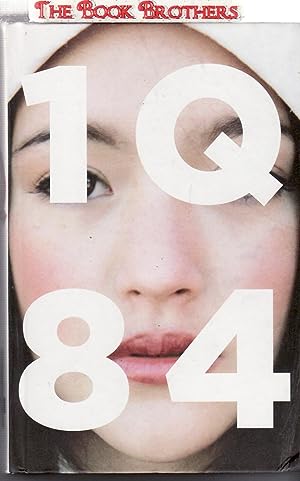 Quantity Available: 1
View all  copies of this book
Buy Used
Price: US$ 18.20 Convert Currency
Shipping: US$ 8.00 From Canada to U.S.A. Destination, rates & speeds
Add to basket

The long-awaited magnum opus from Haruki Murakami, in which this revered and bestselling author gives us his hypnotically addictive, mind-bending ode to George Orwell's 1984.The year is 1984. Aomame is riding in a taxi on the expressway, in a hurry to carry out an assignment. Her work is not the kind that can be discussed in public. When they get tied up in traffic, the taxi driver suggests a bizarre 'proposal' to her. Having no other choice she agrees, but as a result of her actions she starts to feel as though she is gradually becoming detached from the real world. She has been on a top secret mission, and her next job leads her to encounter the superhuman founder of a religious cult. Meanwhile, Tengo is leading a nondescript life but wishes to become a writer. He inadvertently becomes involved in a strange disturbance that develops over a literary prize. While Aomame and Tengo impact on each other in various ways, at times by accident and at times intentionally, they


Orders usually ship within 2 business days. Shipping costs are based on books weighing 2.2 LB, or 1 KG. If your book order is heavy,or if the actual shipping to your location is excessive, we may contact you to let you know extra shipping is required.