Items related to A Day in the Life of China

A Day in the Life of China

A Day in the Life of China 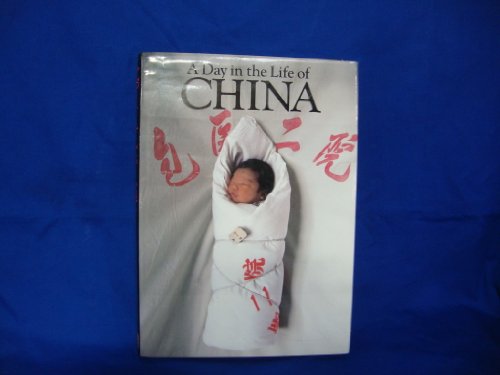 Ninety photographers (60 Western, 30 Chinese) fanned out across China on a single day--April 15, 1989--to take the pictures that make up this rare, candid glimpse of the world's most populous nation. The photos show us villages and farms and take us into homes, schools and factories. From a kaleidoscope of images--rice-planting brigades, a defendant in the dock on trial for murder, yaks on Main Street in one city--we get a feel for the contradictions and pressures of a modernizing society. Many of the photos are exceptionally beautiful; taken together, they reveal the diversity of this vast country, moving from the tent-like yurts of Mongolian nomads to a Tantric Buddhist monastery in occupied Tibet. The photo-essay concludes with a glimpse of protest posters that went up at Beijing University as students began to occupy Tiananmen Square, a tragically ironic conclusion in light of events that followed. First serial to Time; author tour.
Copyright 1989 Reed Business Information, Inc.

This sumptuous volume follows the format of the Day in the Life series: 90 photojournalists, in this case including Chinese, Japanese, and Americans, with support from the Chinese government and foreign businesses, spent the day of April 15, 1989 in all provinces and autonomous regions, as well as Tibet. They visited every corner--from prisons, fields, and discos, to schools, rivers, kitchens, and monasteries, catching gritty daily life as well as exotic beauty. Although it is hard to see in these 250 photographs signs of the turmoil to follow, they give as good a slice of China as is possible to fit between two covers.
- Charles W. Hayford, Northwestern Univ., Evanston, Ill.
Copyright 1989 Reed Business Information, Inc.