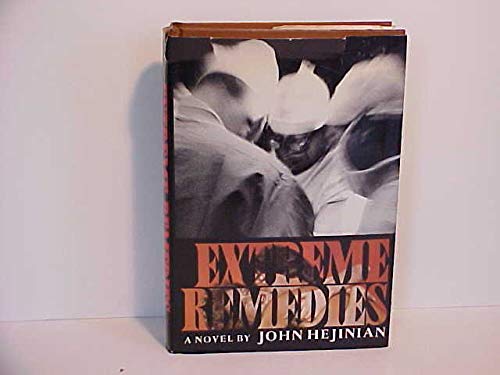 From The Atlantic Extreme Remedies, is a deadpan account of patient care in a large city hospital in San Francisco. While it is not a novel of great originality or brilliance, it conveys with grim conviction the possibly necessary expediency of doctors and nurses in such a place. The centerpiece of Hejinian's revelations is the treatment, or lack of same, of a group of patients who have lost brain function through age, or strokes, or tumor. These are called "gorks," a noun akin to geeks -- the freaks in sideshows who eat whole chickens live. Since they are unsavable except by egregious accident, the main activity among the medical people who treat and serve them is "waiting for the gorks to box," that is, to die and be placed in coffins in the morgue. The implication is that this once affluent society is now so hard pressed for time and money that there is no alternative to waiting; steps to resuscitate and revivify the terminal cases would seem quixotic and vainglorious. Hejinian is a little hard on the callous ones. He leaves the distinct impression that they could do more. Yet, looking at America's current disarray, it is hard for me to find great fault with them.