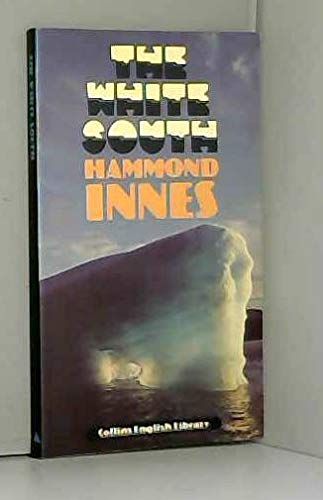 A 22,000-ton whaling ship steams into a broken plain of white, glimmering ice during the howling fury of an Antarctic gale. What madness drives the ship forwards, deeper and deeper into the ice until its jagged edges hold her fast? Marooned amidst the pitiless, frozen wastes, the crew of the Southern Cross make a desperate attempt to survive against the odds.

Hammond Innes was born in Sussex, in 1913. He wrote 30 international best sellers, all of which are now being reissued. It was in the early '50s, with books like The Lonely Skier, Campbell's Kingdom, The White South and The Wreck of the Mary Deare, all of them filmed, that he achieved international fame. His final novel was Delta Connection.

The protagonist is caught up in a whaling enterprise near the Antarctic–there is shipwreck, villainy, near starvation, and epic journeys–Innes at his best. Stephen Thorne's voice and tone both fit the story perfectly. Honest and open, British, deliberate but exuding great interest in the story, he moves effortlessly along, even when articulating Norwegian and Scottish accents. When a character is wounded, the listener can hear the pain. D.R.W. © AudioFile 2001, Portland, Maine-- Copyright © AudioFile, Portland, Maine

Shipping: US$ 14.71
From United Kingdom to U.S.A.
Destination, rates & speeds