Items related to Freddie Mercury: the Show Must Go on

Sky, Rick Freddie Mercury: the Show Must Go on

Freddie Mercury: the Show Must Go on 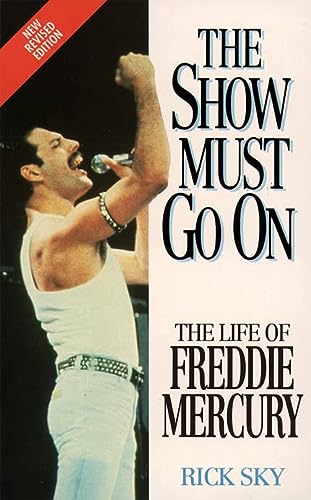 'I always knew I was a star. Now the rest of the world seems to agree with me.' Freddie Mercury Twenty years after his death, Freddie Mercury remains one of the world's most enigmatic figures. He was celebrated as an international icon during his life, his death sent shockwaves around the world and his effect on British music, culture and society is palpable today. But how did the sweet, shy boy from a small island off the Tanzanian coast become the lightning force behind Britain's most phenomenal rock band? Freddie Mercury: The Show Must Go On is an absorbing and intriguing account of Freddie's life, from the first days to the last. Former showbiz reporter Rick Sky was there at the time: he knew Freddie for 15 years, interviewing him on numerous occasions around the world from London to Munich to New York, sharing his thoughts and feelings as he changed from a young man into a star. Few others can claim such access or such insight into Freddie's mind. First published in 1992, this book was the first biography of Freddie released after his death. Now revised and updated, with beautiful photography of the flamboyant star and a fascinating look at the impact his death had on his friends, his family and society at large, this celebration of his life is brought back to the world. Freddie's story is one of a life lived to extremes, without limits; of hedonism, contradictions and heartbreaking internal struggles; of an individual who was -- and still is -- profoundly unknowable. A percentage of the royalties from this book will be donated to the Terrence Higgins Trust. This was one of the first HIV foundations established and was a charity close to Freddie's heart.

Rick Sky has worked in journalism for over 30 years and has been entertainment editor of The Sun, Daily Mirror and Daily Star. His career has seen him interview the world's most famous musicians and rock stars. Rick tracked Queen from the band's earliest days, and was one of the only journalists Freddie Mercury trusted. During a series of interviews conducted over 15 years, Freddie gave Rick unprecedented insight into his life. He currently runs entertainment news agency BANG Showbiz, and lives in London.

1. Freddie Mercury: the Show Must Go on

2. Freddie Mercury: the Show Must Go on