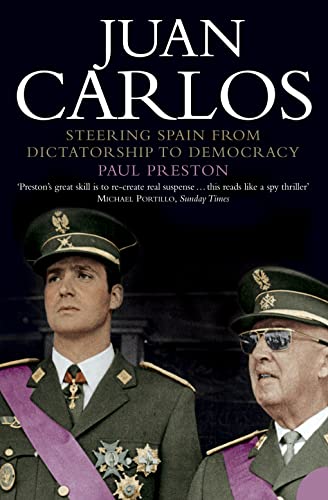 A powerful biography of Spain's great king, Juan Carlos, by the pre-eminent writer on 20th century Spanish history. There are two central mysteries in the life of Juan Carlos, one personal, the other political. How to explain the apparent serenity with which he accepted that his father had surrendered him, to all intents and purposes, into the safekeeping of the Franco regime? In any normal family, this would have been considered a kind of cruelty or, at the very least, baleful negligence. But a royal family can never be normal, and the decision to send the young Juan Carlos away from Spain was governed by a certain 'superior' dynastic logic. The second mystery lies in how a prince raised in a family with the strictest authoritarian traditions, who was obliged to conform to the Francoist norms during his youth and educated to be a cornerstone of the plans for the reinforcement of the dictatorship, eventually sided so emphatically and courageously with democratic principles. Paul Preston -- perhaps the greatest living commentator on modern Spain -- has set out to address these mysteries, and in so doing has written the definitive biography of King Juan Carlos. education, his bravery in defending Spain's infant democracy after Franco's death and his immense hard work in consolidating parliamentary democracy in Spain. The resulting biography is both rigorous and riveting, its vibrant prose doing justice to its vibrant subject. It is a book fit for a king.

About the Author:
Paul Preston CBE FBA is Principe de Asturias Professor of Spanish History and Director of the Canada Blanch Centre at the LSE. Born and raised in Liverpool, educated at Oxford, he has taught in Reading, Rome and London. He lives in north London with his wife and their two sons. And he supports Everton FC.
From The Washington Post:
A few pages into this biography of Spain's constitutional monarch, Juan Carlos I, one learns that the king's mother declared upon his birth, "He is as ugly as sin." Most contemporary biographers would likely tease out of this comment a telling theme that came to define the Spanish king's life -- for example, that Juan Carlos, who grew up to be quite handsome, has indeed defied many expectations. But readers of biographies of Princess Diana and John Adams, beware: This book, written by one of the most energetic and respected historians of modern Spain, does not seek out salacious details or purport to tell the essence of the man. This is really a history of modern Spanish politics, the dictatorial years of Francisco Franco and the surprisingly central role the king played in bringing about Spain's peaceful transition to democracy.