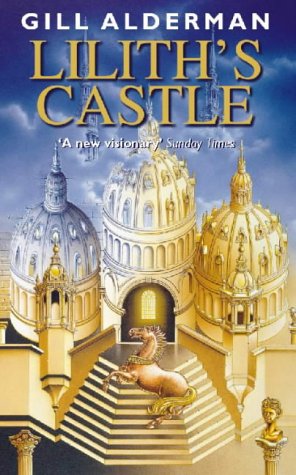 In this sequel to The Memory Palace, fantasy crosses over to the real world as the Malthassan Archmage Koschei Corbillion becomes Guy Parados, his creator. When the magician Koschei escaped through the mind of his creator Guy Parados into the world where he is fiction, he became Guy Parados, and Parados became the Red Horse in the land of Malthassa...his own invention, he believed. But Malthassa has deeper roots, and it is there the Red Horse must go.

Gill Alderman was born in Dorset. She is married with two daughters and five grandchildren. She lives in Eire with her second husband, two lurchers and two cats.

'Alderman is perverse, bizarre and charming' Locus 'A new visionary' The Sunday Times

Book Description Paperback. Condition: Very Good. Shipped within 24 hours from our UK warehouse. Clean, undamaged book with no damage to pages and minimal wear to the cover. Spine still tight, in very good condition. Remember if you are not happy, you are covered by our 100% money back guarantee. Seller Inventory # 6545-9780006482727

Book Description Paperback. Condition: Very Good. Lilith's Castle This book is in very good condition and will be shipped within 24 hours of ordering. The cover may have some limited signs of wear but the pages are clean, intact and the spine remains undamaged. This book has clearly been well maintained and looked after thus far. Money back guarantee if you are not satisfied. See all our books here, order more than 1 book and get discounted shipping. Seller Inventory # 7719-9780006482727