Items related to On Beulah Height 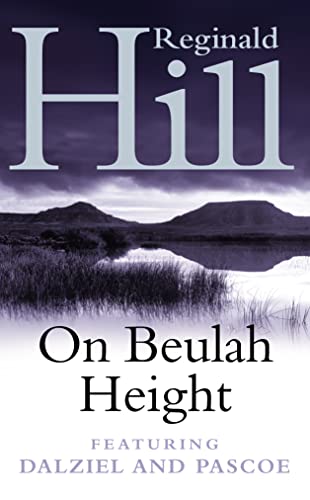 Praise for the Dalziel/Pascoe novels:

"The real joy of the Dalziel/Pascoe books is the writing and the characterizations. Mr. Hill has such disparate writers as Trollope, Beerbohm, Sayers and Shaw in his blood."
--The New York Times

"A lot of people write classic detective stories, but Reginald Hill is one of the elite few who write classy classics."
--The Baltimore Sun

"Hill blends civility and madness in a most agreeable way."
--New York

Three little girls, one by one, had vanished from the farming village of Dendale. And Superintendent Andy Dalziel, a young detective in those days, never found their bodies--or the person who snatched them. Then the valley where Dendale stood was flooded to create a reservoir, and the town itself ceased to be . . . except in Dalziel's memory.

Twelve years later, the threads of past and present are slowly winding into a chilling mosaic. A drought and dropping water table have brought Dendale's ruins into view. And a little girl has gone missing from a nearby village. Helped by Chief Inspector Peter Pascoe, an older, fatter, and wiser Dalziel has a second chance to uncover the secrets of a drowned valley. And now the identity of a killer rests on what one child saw . . . and what another, now grown, fears with all her heart to remember . . . .