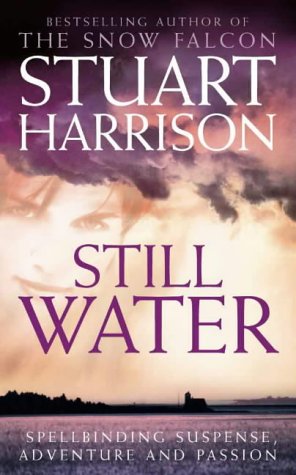 A small New England fishing community is the setting for this compelling blend of suspense, adventure and romance, from the author of the highly successful THE SNOW FALCON. On a dark night on an island off the coast of Maine, a shot is heard and a fisherman disappears. Despite the absence of a body, Ella Young is accused of murder and it falls to Matt Jones, the town's lawyer, to uncover the truth that will clear the woman he's in love with However it soon becomes apparent that Ella isn't tellng him everything she knows, and as the evidence mounts against her, Matt is forced to question his belief in her innocence. A beautiful summer visitor adds further confusion when Matt finds she knew the missing man better than she admits, and that she and Ella share an impenetrable secret. What begins as a straightforward investigation is soon caught up in the rivalries of local politics and a bitter conflict between one faction that wants to change the island's traditional way of life and another, led by Ella, that values the delicate balance between man and the sea. Against this seething background comes the reappearance of valuable bluefin tuna in the gulf, along with their natural predators, a pod of orcas. As the struggling community attempts to exploit this piece of seeming good fortune, everything is set for an explosive drama.

Stuart Harrison was born and educated in England and has travelled and worked in a variety of occupations all over the world. He met his wife in New Zealand, where he lived for many years. They now live in Sydney with their two sons, and where Stuart is a full-time writer and father.

'From its eerie opening in the moonlit waters of an island to the tension-charged denouement, we are smooothly sucked into the tale!On one level the book is an old-fashioned thriller in the best sense, its meticulous plot full of suspense and red herrings. But in a neat subversion of the mystery genre, this smart, absorbing novel also grapples subtly with the idea that in life things are rarely black and white!and that, even with murder, things are not always what they seem.' Daily Mail 'Harrison has a knack for making animals fascinating, exploring their intelligence and emotions with as much insight as he does human characters' Fiona Kennedy, Bookseller 'Author of THE SNOW FALCON with another wonderful tale of rivalry and murder in a rural community split by the pull of progress versus tradition' Sarah Broadhurst, Bookseller