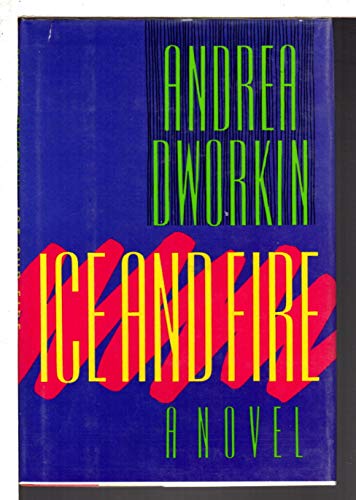 Traces a woman's search for identity through the painful labyrinth of sex, drugs, and prostitution in New York's Lower East Side

One can understand why this first novel by the noted feminist author ( Woman Hating; Our Blood and anti-pornography crusader was published to acclaim in England last year, although it had earlier been rejected by more than 20 publishers in the U.S. The book, an account of growing up female (and, less importantly, Jewish) in America, is tough, gritty, often powerfully insightful; it contains some strikingly good writing and some that is bad. But it can also be difficult to read, not because of its somber, essentially accurate, portrayal of the violence to which women are subjected, but as a result of its fragmented, idiosyncratic, modernist style, its near-total lack of dialogue and its monotone world view. The unnamed narrator, writing in the first person, begins her story in Camden, N.J., where boys who play the most popular street game, "witch," try to catch, cage and string up a little girl. The scene shifts to a New England college, the setting for a platonic affair with a woman friend and a sexual one, resulting in pregnancy and abortion, with a man. In the '60s, she leads a ragged existencea mixture of indiscriminate sex and drugs, poverty, hunger, humiliation and fearon Manhattan's Lower East Side, before fleeing to European hippiedom and marriage to a man who brutalizes her. Back in New York, she writes to redeem herself, only to find that the one editor who wants her book insists on her body and soul too. This is not an easy novel to read, but is an interesting and provocative one.
Copyright 1987 Reed Business Information, Inc.

Dworkin's first novel is indeed an odd mix. Her depiction of a young artist's struggle to publish her work is set in Manhattan's Lower East Side, a locale replete with prostitutes, junkies, and pimps. The novel's opening and closing sections are written stream-of-consciousness, a style as creative and poetic as the subject matterthe wretched life-style and sexual degradation of the protagonistis sordid and prurient. In one passage the desperate artist repeatedly laments, "How it will end, I don't know." An excellent observation. It is surprising to see a feminist of Dworkin's stature write such a novel, depressing and shocking in its vision of women. Whether Dworkin is illustrating the humiliation of women in pornography or parodying her own treatises is not clear. Kimberly G. Allen, Supreme Court Lib., Washington,
Copyright 1987 Reed Business Information, Inc.