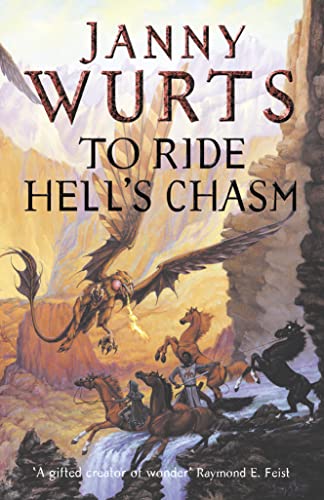 An epic fantasy stand-alone novel from the Author of the stunning Wars of Light and Shadow series: When Princess Anja fails to appear at her betrothal banquet, the tiny, peaceful kingdom of Sessalie is plunged into intrigue. Two warriors are charged with recovering the distraught king's beloved daughter. Taskin, Commander of the Royal Guard, whose icy competence and impressive life-term as the Crown's right-hand man command the kingdom's deep-seated respect; and Mykkael, the rough-hewn newcomer who has won the post of Captain of the Garrison-a scarred veteran with a deadly record of field warfare, whose 'interesting' background and foreign breeding are held in contempt by court society. As the princess's trail vanishes outside the citadel's gates, anxiety and tension escalate. Mykkael's investigations lead him to a radical explanation for the mystery, but he finds himself under suspicion from the court factions. Will Commander Taskin's famous fair-mindedness be enough to unravel the truth behind the garrison captain's dramatic theory: that the resourceful, high-spirited princess was not taken by force, but fled the palace to escape a demonic evil?

An epic fantasy stand-alone novel from the Author of the stunning Wars of Light and Shadow series:

By now, I am accustomed to creative projects finding a life of their own, and watching as they spin the twists and turns and details that bring them to their conclusion. But never has a story moved so explosively forward, or written itself with such a fury as To Ride Hell's Chasm.

In hindsight, I wanted to create an intrigue story that flowered into intense action, with the highest of human stakes set upon the value of true?sighted integrity. The first outline for the plot held all of those things. But when I sat down to the writing itself, the unexpected and fascinating alchemy became the characters who enacted their story.

Quite bluntly, they took me by storm. Each of them burst into such vivid life that as I wrote the day's pages, they were always ahead of me, showing who they were by the nuance of how they responded to the threat set against them. I'd go to sleep each night for eight straight months, unable to keep up with the blazing force of their inventiveness.

As author, knowing the plot in advance, and being aware of the endpoint conclusion, the fascination that burned was discovering each facet of Sessalie's people, revealed to me by their actions, their thoughts, their encounters and their separate epiphanies. It is they who wrote this story. They who demanded to be known. Even the secondary characters unveiled that striking individuality. I can hope some of the joy I found in their discovery becomes the readers', as such surprising depths become revealed in the course of a peoples' striving to save the peace of the kingdom that provided the setting for all that they loved.