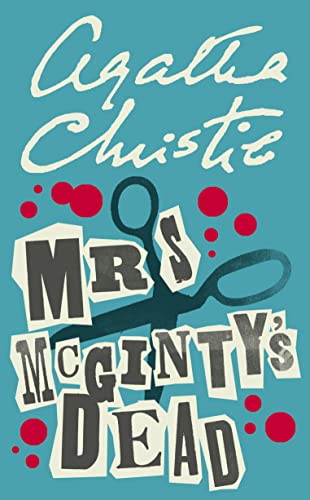 An old widow is brutally killed in the parlour of her cottage...Mrs McGinty died from a brutal blow to the back of her head. Suspicion fell immediately on her shifty lodger, James Bentley, whose clothes revealed traces of the victim's blood and hair. Yet something was amiss: Bentley just didn't look like a murderer. Poirot believed he could save the man from the gallows -- what he didn't realise was that his own life was now in great danger!

Mrs. McGinty died from a brutal blow to the back of her head. Suspicion falls immediately on her shifty lodger, James Bentley, whose clothes reveal traces of the victim’s blood and hair. Yet something is amiss: Bentley just doesn’t seem like a murderer.

Could the answer lie in an article clipped from a newspaper two days before the death? With a desperate killer still free, Hercule Poirot will have to stay alive long enough to find out. . . .

Agatha Christie was born in Torquay in 1890 and became, quite simply, the best-selling novelist in history. Her first novel, The Mysterious Affair at Styles, written towards the end of the First World War, introduced us to Hercule Poirot, who was to become the most popular detective in crime fiction since Sherlock Holmes. She is known throughout the world as the Queen of Crime. Her books have sold over a billion copies in the English language and another billion in over 100 foreign languages. She is the author of 80 crime novels and short story collections, 19 plays, and six novels under the name of Mary Westmacott.