Items related to The Prophecy of the Gems

Bujor, Flavia The Prophecy of the Gems

The Prophecy of the Gems 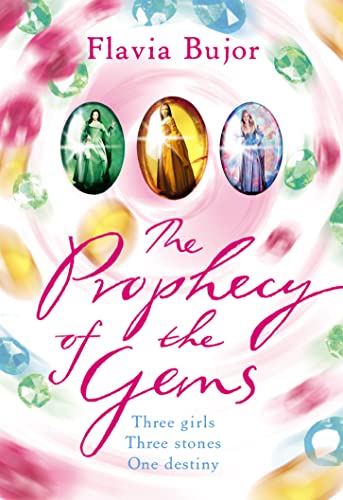 A magical and captivating debut fantasy novel from young French author of fourteen years. Sometime in the past...Three young girls, Jade, Amber and Opal, each from very different backgrounds, discover on the day of their fourteenth birthday that they are adopted. An ancient prophecy compels them to leave their families to complete their mission in a far-off kingdom. Each girl is given custody of a magic stone which corresponds to her name. Although they dislike each other on sight, they have to overlook their differences in order to escape the dangers that threatens them. They begin a long voyage to Oonagh, the mysterious oracle who becomes their guide. Their quest will lead them into a ferocious battle against the forces of evil. Present day...In a Parisian hospital a fourteen-year-old girl is dying. Joa no longer speaks, nor fights for her life, but she dreams and her thoughts carry her into a fairy-tale world where three heroines lead an epic war. The distant promise of their victory and the end of their adventures carries with it a secret which could return to her the will to live...

Flavia Bujor was born in Romania, but has lived in France for ten years. Inspired by Tolkien, Flavia Bujor wrote The Prophecy of the Gems when she was just thirteen years old.

1. The Prophecy of the Gems

2. The Prophecy of the Gems Bujor, Flavia

3. The Prophecy of the Gems Bujor, Flavia