Items related to It's a Miracle : Real Life Inspirational Stories,... 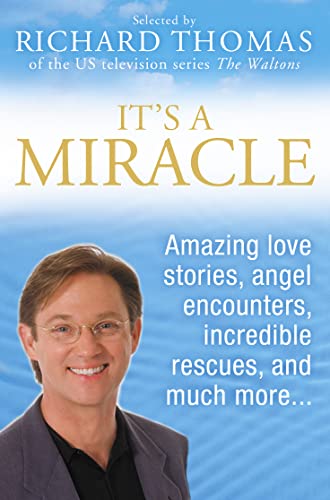 The stories include: a man whose nightmares end after they help him save a woman's life; a woman whose beloved dog was injured and lost during airline travel - and the woman who brought them together again; and orphaned best friends, separated in childhood, who rediscover each other years later when one walks into a restaurant and sits down at the counter - next to her long-lost friend.

Richard Thomas is best known as John Boy in the classic US television series, The Waltons. He is the presenter for the US TV series It's A Miracle. This is his first book.