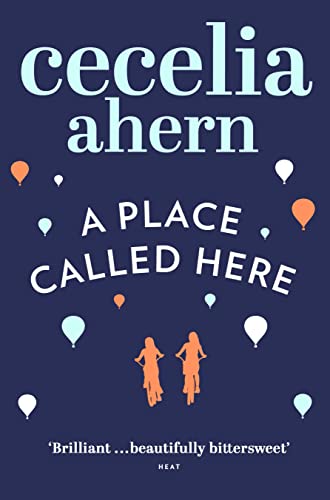 Acclaimed novelist Cecelia Ahern's There's No Place Like Here tells the story of Sandy Shortt, an obsessive-compulsive Missing Persons investigator who suddenly finds herself in the mystical land of the missing, desperate to return to the people and places from whom she has spent her life escaping. With this imaginative fourth novel, Ahern, whose P.S. I Love You was made into a major motion picture, continues to establish herself as not only an icon of Irish chick lit, but also a bold and creative thinker.

Continuing the whimsical trend she started with If You Could See Me Now, Ahern asks readers to step outside the boundaries of reality, and enter a world where missing people (and possessions) from all over the globe congregate to start anew. When Sandy goes on an early morning jog and strays too far into the forest, she too finds herself "Here," the aptly named home of the missing. In addition to finding her lost socks, diaries, and stuffed animals, she also finds many of the people she has searched for throughout her career. From Bobby Stanley, who disappeared from his mother's house at the age of sixteen, to Terrence O'Malley, a librarian who disappeared on his way home from work at age 55, Sandy is quickly reunited with the people she has come to know only through photos and heartbreaking memories shared by devastated loved ones who enlisted her services. Of course, finding these people and possessions only makes Sandy realize how much she has missed out on in her real life, most notably her concerned parents and her on again off again boyfriend Greg.

There's No Place Like Here is often predictable and the premise is a bit hard to swallow at times. Still, readers who take the leap will be rewarded with what is ultimately a witty, compassionate, and captivating love story. --Gisele Toueg

Cecelia Ahern is author of the international bestsellers PS, I Love You; Love, Rosie; and If You Could See Me Now. Film rights to If You Could See Me Now have been bought by Walt Disney Pictures, and PS, I Love You is being made into a film by Warner Bros. Foreign rights to her novels have been purchased in more than forty countries and have sold more than four million copies in North America, Europe, and Australia. The daughter of Ireland's prime minister, she lives in Dublin.