Items related to The Gilded Seal 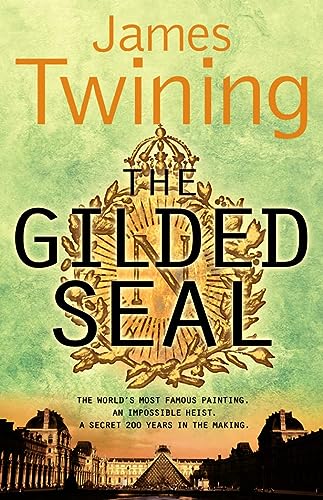 Once one of the world's foremost art thieves, Tom Kirk now operates on the other side of the law. But a grisly discovery at the site of the brazen theft of a Da Vinci painting—a crime that bears the unmistakable hallmark of an old nemesis—entangles him in a lethal weave of a mystery that blankets the globe . . . and reaches back through hundreds of years of European history.

In Spain, a friend, a master forger, suffers a brutal, horrific death—while in New York the murder of a prominent attorney drags FBI agent Jennifer Browne into the murky world of high-end art forgery and the rotten heart of the global auction business. And for Kirk, vengeance may require him to cross the line once more—to uncover the devastating secrets hidden in the writings of a power-mad emperor . . . and behind the most famous smile in the world.

James Twining graduated from Oxford University with a degree in French literature. His first Tom Kirk adventure, The Double Eagle, was published with great success on both sides of the Atlantic. He lives in London with his wife and their two children.