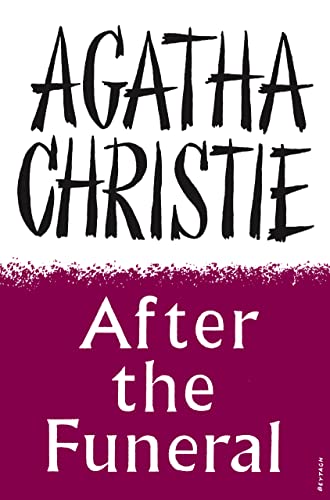 When Cora Lansquenet is savagely murdered with a hatchet, the extraordinary remark she made the previous day at her brother Richard’s funeral suddenly takes on a chilling significance. At the reading of Richard’s will, Cora was clearly heard to say,“It’s been hushed up very nicely, hasn’t it....But he was murdered, wasn’t he?”

In desperation, the family solicitor turns to Hercule Poirot to unravel the mystery....

Agatha Christie was born in Torquay in 1890 and became, quite simply, the bestselling novelist in history. Her first novel, The Mysterious Affair at Styles, written towards the end of World War I, introduced us to Hercule Poirot, who was to become the most popular detective in crime fiction since Sherlock Holmes. She is known throughout the world as the Queen of Crime. Her books have sold over a billion copies in the English language and another billion in over 100 foreign languages. She is the author of 80 crime novels and short story collections, 19 plays, and six novels under the name of Mary Westmacott.

1. After The Funeral (Poirot)

Shipping: US$ 8.89
From United Kingdom to U.S.A.
Destination, rates & speeds

3. After the Funeral (Poirot)