Items related to Why England Lose & Other Curious Football Phenomena... 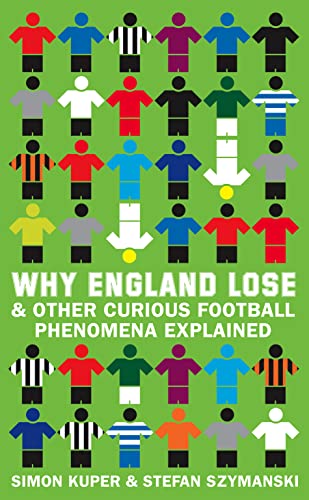 Simon Kuper's first book, Football Against the Enemy, won the 1994 William Hill Sports Book of the Year prize and is widely acknowledged as one of football's seminal books. Simon writes a weekly sports column in the Financial Times and has previously written football columns for The Times and The Observer. Stefan Szymanski is Professor of Economics and MBA Dean at Cass Business School in London. Stefan has a global reputation and has acted as a consultant to government and to major sports organisations such as the FIA (motor sport), UEFA (football) and the ICC (cricket).

For Simon Kuper's Football Against the Enemy: "A terrific book, deftly written" Guardian "Another great work on soccer ! effervescent and hilarious" Independent

3. Why England Lose: And other curious phenomena explained