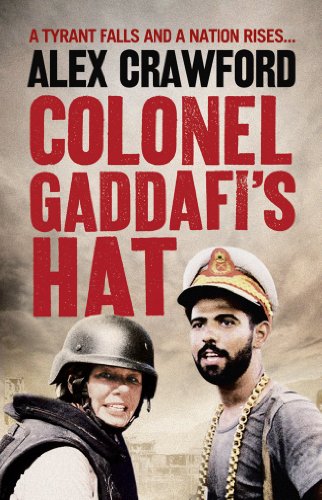 Alex Crawford has been interrogated by more than one intelligence agency, rescued by the US Army, fired at live on air, and experienced some of the most dangerous places in the world. She is the only journalist to have won the Royal Television Society's Journalist of the Year Award three times. She has also won an Emmy, two Golden Nymphs, the Bayeux War Correspondents Award, and the prestigious James Cameron Award, being cited by the judges for her 'work as a journalist that combined moral vision and professional integrity'. She was awarded the OBE for Services to Broadcast Journalism in the 2012 New Year's Honours List. After growing up in Nigeria, Zambia and Zimbabwe, Alex began her career at the Wokingham Times before moving to the BBC and eventually Sky News, where she is currently Special Correspondent specialising in the Gulf, Middle East and Africa Alex lives in Johannesburg with her husband Richard, one son and three daughters.

Buy Used
Condition: As New
296 pages. Book appears to have... Learn more about this copy

Book Description Harper Collins, London, 2012. Soft Cover. Condition: As New. First Edition. 296 pages. Book appears to have hardly been read and is in As new condition throughout. Seller Inventory # 147848

Book Description Paperback. Condition: Very Good. The book has been read, but is in excellent condition. Pages are intact and not marred by notes or highlighting. The spine remains undamaged. Seller Inventory # GOR004917068