Items related to Hidden Figures: The Untold Story of the African American...

Hidden Figures: The Untold Story of the African American Women Who Helped Win the Space Race 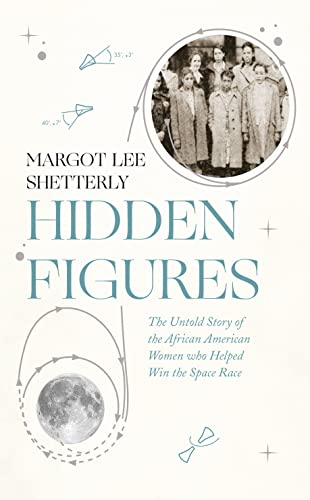 The phenomenal true story of the black female mathematicians at NASA whose calculations helped fuel some of America’s greatest achievements in space. Soon to be a major motion picture.

Before John Glenn orbited Earth or Neil Armstrong walked on the Moon, a group of dedicated female mathematicians known as “human computers” used pencils, slide rules, and adding machines to calculate the numbers that would launch rockets, and astronauts, into space.

Among these problem-solvers were a group of exceptionally talented African American women, some of the brightest minds of their generation. Originally relegated to teaching math in the South’s segregated public schools, they were called into service during the labor shortages of World War II, when America’s aeronautics industry was in dire need of anyone who had the right stuff. Suddenly, these overlooked math whizzes had a shot at jobs worthy of their skills, and they answered Uncle Sam’s call, moving to Hampton, Virginia, and entering the fascinating, high-energy world of the Langley Memorial Aeronautical Laboratory.

Even as Virginia’s Jim Crow laws required them to be segregated from their white counterparts, the women of Langley’s all-black “West Computing” group helped America achieve one of the things it desired most: a decisive victory over the Soviet Union in the Cold War, and complete domination of the heavens.

Starting in World War II and moving through to the Cold War, the Civil Rights Movement, and the Space Race, Hidden Figures follows the interwoven accounts of Dorothy Vaughan, Mary Jackson, Katherine Johnson, and Christine Darden, four African American women who participated in some of NASA’s greatest successes. It chronicles their careers over nearly three decades as they faced challenges, forged alliances, and used their intellect to change their own lives and their country’s future.

Margot Lee Shetterly grew up in Hampton, Virginia, where she knew many of the women in her book Hidden Figures. She is an Alfred P. Sloan Foundation Fellow and the recipient of a Virginia Foundation for the Humanities grant for her research on women in computing. She lives in Charlottesville, Virginia.

1. Hidden Figures: The Untold Story of the African American Women Who Helped Win the Space Race

Book Description William Morrow, 2016. Condition: Good. Ships from the UK. Former Library book. Shows some signs of wear, and may have some markings on the inside. Seller Inventory # 18289251-20

2. Hidden Figures: The Untold Story of the African-American Women Who Helped Win the Space Race

Book Description William Collins, 2016. Hardcover. Condition: Good. A few small marks to page edges Good condition is defined as: a copy that has been read but remains in clean condition. All of the pages are intact and the cover is intact and the spine may show signs of wear. The book may have minor markings which are not specifically mentioned. Most items will be dispatched the same or the next working day. Seller Inventory # wbb0016333281

Shipping: US$ 11.73
From United Kingdom to U.S.A.
Destination, rates & speeds

3. Hidden Figures: The Untold Story of the African American Women Who Helped Win the Space Race

Book Description William Collins, 2016. Hardcover. Condition: Used; Good. **Simply Brit** Shipped with Premium postal service within 24 hours from the UK with impressive delivery time. We have dispatched from our book depository; items of good condition to over ten million satisfied customers worldwide. We are committed to providing you with reliable and efficient service at all times. Seller Inventory # 2527938

4. Hidden Figures: The Untold Story of the African American Women Who Helped Win the Space Race

Book Description William Morrow, 2016. Paperback. Condition: Very Good. The book has been read, but is in excellent condition. Pages are intact and not marred by notes or highlighting. The spine remains undamaged. Seller Inventory # GOR007686706

5. Hidden Figures: The Untold Story of the African American Women Who Helped Win the Space Race