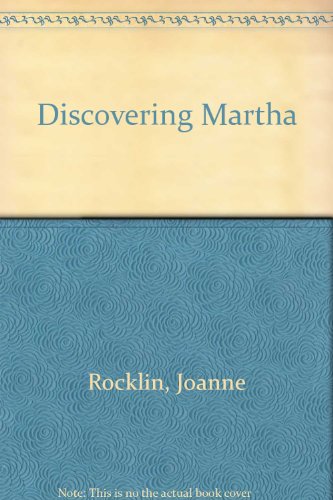 Does the mysterious purple guitar possess magic or does learning to play it merely motivate Martha, a sixth-grader going through an awkward stage, to change her life a little?

Grade 4-6-- A sincere, yet unfocused story about the power of positive thinking. As a 5-year-old, Martha Green appeared in two TV commercials, but now at 11, she's just a lonely, slightly overweight, latch-key child. So when she receives a "free" guitar in the mail, she sees it as her ticket to being rediscovered and resolves to learn to play it during the six-week trial period. Martha plunges into the lessons with gusto and, seemingly through the magical powers of the guitar, the rest of her world improves. Her parents are more cheerful; her friend Winston, an equally lonely, gifted boy with a heart condition, is more interesting than she imagined; her grandfather's memory loss doesn't seem as bad; and even her schoolwork improves. But she still has the dilemma of the guitar to resolve, which she has hidden from her parents. That issue is soon decided in the most far-fetched scene in the book. Martha seems to have an overwhelming number of problems to deal with and several of them are left dangling, frustrating readers. Many will probably want to know, for example, how Winston comes through his surgery. Reality takes a beating at times, as well, as the younsters seem free to roam the city almost at will, despite their ages and his heart condition. Many books deal with the problems of growing up with more depth, flair, and humor than found in this one. --Jane Marino, White Plains Public Library, NY
Copyright 1991 Reed Business Information, Inc.

At 11, Martha is hoping to be discovered--again. No one remembers her in TV commercials at age five; she's now chubby, lonely, and a fibber. One day she opens a mysterious package to find a purple guitar and a lesson book, with more lessons promised for a mere $150.00. Her parents insist it's a scam, but Martha is sure it's her ticket back to fame and popularity. Secretly, she keeps the guitar and--with her upstairs neighbor, Winston--learns to play. At first, all the promises seem to come true: playing the guitar brings Martha out of her prepubescent shell and she finds that she really can entertain people. Her playing seems to improve her senile grandfather's memory, and even the more popular girls are impressed. But when her parents find out, everything falls apart: the girls dump her; she's estranged from Winston; and her grandfather relapses. Even so, it is he who finally helps Martha understand that the magic has been within her all along, rather than in the instrument. Though the story is pleasant, it does require some suspension of disbelief, e.g. at Martha's quick proficiency in learning to play and at the ease with which the popular girls are impressed. Still, the characters are likable, and many readers will recognize themselves in Martha. (Fiction. 8-12) -- Copyright ©1991, Kirkus Associates, LP. All rights reserved.