Items related to Playing for Their Lives

Playing for Their Lives 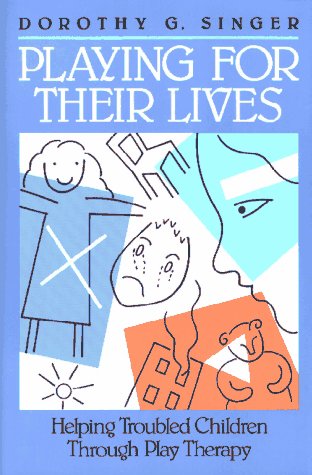 Presents stories of troubled children drawn from the author's private therapy practice, showing the effects of common social problems on children and explaining how they can be healed

Singer, a Yale-affiliated clinical psychologist, explains the dynamics and applications of play therapy by offering case studies of six troubled children. Her patients include an eight-year-old whose mother is dying of leukemia; the aggressive son of substance abusers; a boy who was molested by a relative; a depressed girl caught up in her mother's divorce proceedings; a hyperactive preschooler; and the bed-wetting daughter of a perfectionist mother. With each child Singer employs a variety of techniques, from traditional use of toys and games to guided visualizations to behavior modification. Her clinical skills are impressive, but her rare combination of perceptiveness, empathy and humility sets her book apart. Singer conveys her clients' distress with appreciation for their courage; she also communicates her own distress in dealing with parents who, unintentionally or not, compound their children's problems. Her awareness of the special difficulties associated with treating children--who, of course, do not schedule their own appointments, or control their environments--heightens the significance of the progress she reports.
Copyright 1993 Reed Business Information, Inc.

Singer, a developmental and clinical psychologist, draws stories from her own practice of therapy with children whose problems range from the death of a parent to sexual abuse. Play therapy involves the use of toys, art, games, and dramatic play to help children work through their problems in a safe, nonjudgmental setting. The therapist also works with parents to change the patterns that caused the children's problems in the first place. Singer's five cases are both touching and unsettling. The quite remarkable changes in the children's behavior brought about by play therapy elucidate the role of play in children's lives. Singer writes well, and her cases cover a wide enough spectrum of problems to inform the reader about the broad applications of play therapy. Recommended for public libraries.
- Lisa J. Cochenet, Rhinelander Dist. Lib., Wis.
Copyright 1993 Reed Business Information, Inc.

1. Playing for Their Lives

2. Playing for Their Lives