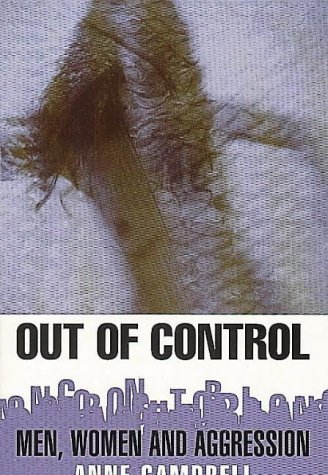 Why are men more aggressive than women? To find out, psychologist and criminologist Anne Campbell listened to the voices of ordinary men and women, as well as people for whom aggression is a central fact of life—robbers and gang members. The answer, she argues, lies not only in biology or in child rearing but in how men and women form opinions about their own aggression. Women believe their aggression results from a loss of self-control, while men see their behavior as a means of gaining control over others. Daughters are deeply ashamed when they get angry, but sons learn to associate aggression with integrity, courage, and triumph. Campbell shows how men’s and women’s different views of anger and restraint profoundly affect their actions—from rage in marriage to violence in the streets—and what this means for us all. The misreading of the meaning of aggression drives a wedge between the sexes, affecting everything from their ability to communicate with each other to the way that traditionally male-dominated spheres such as law or medicine pathologize and punish women’s aggression. The book draws together two research areas that have had little dialogue with one another—aggression and gender differences—to present for the first time a theory of their interrelationship. The book also reveals the links between criminal violence and psychological processes common to all of us. A major contribution in the tradition of You Just Don’t Understand and In a Different Voice, this book offers a new understanding of a vital issue.