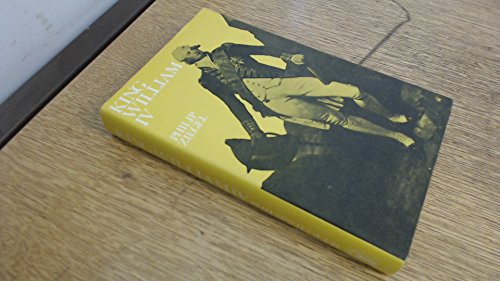 William IV, Queen Victoria's predecessor, was an eccentric figure even by the standards of his day; affable, uninhibited and boisterous, he thought nothing of spitting out the window of the state coach on the way to his coronation. This immensely readable biography, by a writer of unusual sympathy and sensibility who has had full access to the royal archives at Winsor, does justice to an unaccountably neglected monarch. William was England's "Sailor King", who as prince, served in America during the Revolution, entertaining and scandalizing everyone he met. While stationed in New York he was the target of an unsuccessful kidnap plot by General Washington. This and other aspects of his visit have been enlarged upon by Mr. Ziegler especially for the American edition. William was supported for 20 years by his mistress, the leading comedy actress of the day, and with her produced a total of ten illegitimate children. When he ascended the in 1830 at the ages of 64, the outlook at home and abroad was gloomy. After ten years of George IV's reign, the monarchy was almost uniquely unpopular; the July revolution in France dealt it a further blow. Agricultural and economic depression and dissatisfaction with the antiquated political system brought England perilously close to revolution. The entrance of a cheerful, intemperate and rather silly sailor on the scene seemed to lend only a superficial brightening. Yet his short reign witnessed not the overturning of venerable institutions but their rejuvenation by the Great Reform Act of 1832. The Reform struggle has often been described, but rarely if ever from the point of view of the monarch who, in the end, had to hold the whole show together if continuity were to be preserved. It is here that historians will find the chief importance of Mr. Ziegler's book. Mr. Ziegler has attempted the more difficult task of understanding him and, in doing so has achieved a vivid and convincing portrait.