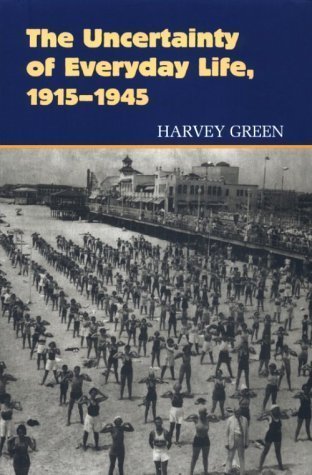 A vibrant account of life in the United States during the turbulent times of the Jazz Age, the Depression, and the two world wars--the fifth book in the Everyday Life in America series.

The era between the world wars, from the "roaring 20s" to the grim days of the Great Depression, was a time of tremendous change. The United States became an increasingly urban culture as people left their farms to seek work in the cities. Many blacks moved North to escape the violence and racism of a resurgent Ku Klux Klan in the South. And, while life became more comfortable for many Americans during this period, by 1941 only half the population enjoyed the modern conveniences we now take for granted. With improvements in technology and the rise of consumerism (spurred by the new "science" of advertising) the country was expanding in every direction. However, for many Americans, daily life was fraught with uncertainty. Jobs and wages were unpredictable, labor unrest was constant, and savings vanished in the stock market. In this vividly detailed narrative, Harvey Green recounts an era of unprecedented change in American culture and examines the impact of these uncertain times on such aspects of daily life as employment, home life, gender roles, education, religion, and recreation.