Items related to Black Is the Devil's Rainbow: Tales of a Journeyman

Barker, Clive Black Is the Devil's Rainbow: Tales of a Journeyman

Black Is the Devil's Rainbow: Tales of a Journeyman 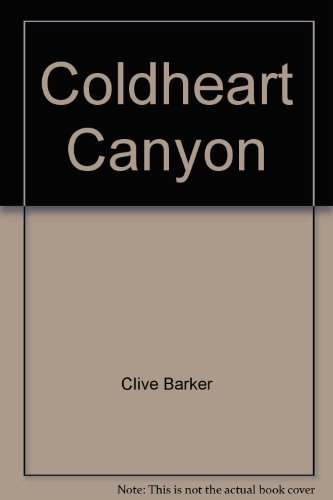 “[Clive Barker] is a mapmaker of the mind, charting the farthest reaches of the imagination.”
— Washington Post

From The Books of Blood to Hellraiser to Imajica, Abarat, and Mister B. Gone, Clive Barker’s extraordinary vision knows no bounds. With Coldheart Canyon, the New York Times bestselling master of dark fantasy who has been called “a cross between Stephen King and Gabriel Garcia Marquez” (Boston Herald) thrills readers with a “Hollywood ghost story” as audacious and chilling as anything he (or anyone else) has ever written. USA Today calls it, “Endlessly entertaining…wickedly enjoyable,” and fans everywhere will agree—a tense and winding trip down into the hellish depths of Coldheart Canyon is well worth making.

Hollywood has made a star of Todd Pickett. But time is catching up with him. After plastic surgery goes awry, Todd needs somewhere to hide away for a few months while his scars heal.

As Todd settles into a mansion in Coldheart Canyon -- a corner of the city so secret it doesn't even appear on a map -- Tammy Lauper, the president of his fan club, comes to the City of Angels determined to solve the mystery of Todd's disappearance. The closer Tammy gets to Todd the more of Coldheart Canyon's secrets she uncovers: the ghosts of A-list stars; Katya Lupi, the cold-hearted, now-forgotten star for whom the Canyon was named, alive and exquisite after a hundred years; and, finally, the door in the bowels of Katya's dream-palace that reputedly opens up to another world, the Devil's Country, where no one has returned without their souls shadowed by what they've seen and done.

Mingling an insiders' view of modern Hollywood with a wild streak of visionary fantasy, Coldheart Canyon is a book without parallel. An irresistible and unmerciful picture of Hollywood and its demons, told with all the style and raw narrative power that has made Clive Barker's books and films a phenomenon worldwide.

Clive Barker is the bestselling author of twenty-two books, including the New York Times bestsellers Abarat; Abarat: Days of Magic, Nights of War; and The Thief of Always. He is also an acclaimed painter, film producer, and director. For twelve years Mr. Barker has been working on a vast array of paintings to illuminate the text of The Books of Abarat, more than one hundred and twenty-five of which can be found within this volume.