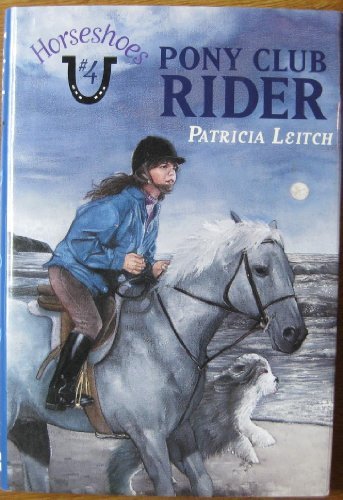 Grade 4-6-Much of the first chapter of this book is spent recounting background information from the three previous series entries. Once the story takes off, however, it flows quickly as Sally and her friend Thalia are chosen to compete with the Tarent Pony Club team in the Junior One-Day Event. Many setbacks occur before the actual day, including a dismal practice with the haughty and experienced Haxton Pony Club team that shatters Sally's confidence. In addition to the central horse-show plot, two dogs have special significance. Sally's elderly bearded collie has serious heart trouble and the girl's concentration suffers in school and during riding practice for she fears the dog will die. In addition, a silver-white hound mysteriously appears and Sally is sure he is a good luck sign. When he is accused of attacking a child, Sally feels that he has been wrongly judged and is determined to save him. The suspense of the team's selection and the detailed descriptions of the event's activities will hold horse enthusiasts' attention. And since the dogs add an extra dimension to the plot, the book will be popular with many young animal lovers.
Betty Teague, Blythe Academy of Languages, Greenville, SC
Copyright 1996 Reed Business Information, Inc.