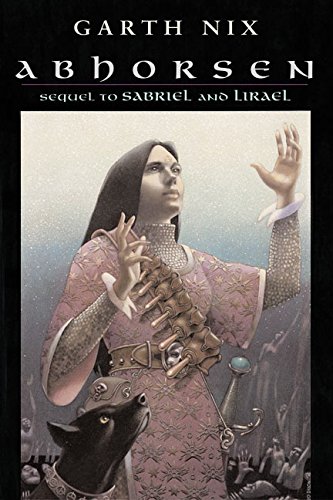 The third book and apocalyptic conclusion to the original bestselling Old Kingdom trilogy, perfect for fans of Game of Thrones.

The Abhorsen Sabriel and King Touchstone are missing, leaving only Lirael—newly come into her inheritance as the Abhorsen-in-Waiting—to stop the Destroyer. If Orannis's unspeakable powers are unleashed, it will mean the end of all Life. With only a vision from the Clayr to guide her, and the help of her companions, Sam, the Disreputable Dog, and Mogget, Lirael must search in both Life and Death for some means to defeat the evil destructor—before it is too late.

The Ninth was strong
and fought with might,
But lone Orannis
was put out of the light,
Broken in two
and buried under hill,
Forever to lie there,
wishing us ill.

So says the song. But Orannis, the Destroyer, is no longer buried under hill. It has been freed from its subterranean prison and now seeks to escape the silver hemispheres, the final barrier to the unleashing of its terrible powers.

Only Lirael, newly come into her inheritance as the Abhorsen-in-Waiting, has any chance of stopping the Destroyer. She and her companions -- Sam, the Disreputable Dog, and Mogget -- have to take that chance. For the Destroyer is the enemy of all Life, and it must be stopped, though Lirael does not know how.

To make matters worse, Sam's best friend, Nick, is helping the Destroyer, as are the necromancer Hedge and the Greater Dead Chlorr, and there has been no word from the Abhorsen Sabriel or King Touchstone.

Everything depends upon Lirael. A heavy, perhaps even impossible burden for a young woman who just days ago was merely a Second Assistant Librarian. With only a vision from the Clayr to guide her, and the rather mixed help of her companions, Lirael must search in both Life and Death for some means to defeat the Destroyer.

Before she went to join Sam and Mogget downstairs, Lirael paused for a moment to look at herself in the tall silver mirror that hung on the wall of her room. The image that faced her bore little resemblance to the Second Assistant Librarian of the Clayr. She saw a warlike and grim young woman, dark hair bound back with a silver cord rather than hanging free to disguise her face. She no longer wore her librarian's waistcoat, and she had a long Nehima at her side rather than a library-issue dagger. but she had kept her library whistle, tucking it into the small pouch at her belt. Though she was many, many leagues from any help the whistle might summon, she felt the need to cling to some small part of her past and her identity.She had become an Abhorsen, Lirael thought, at least on the outside.