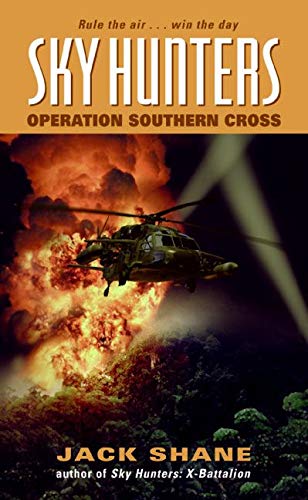 The expert, the fearless,
the crazy-the most lethal weapon
in the U.S. arsenal

Only the best can make it in X-Battalion, the top-secret experimental arm of the U.S. military's TF-160 Nightstalkers. The mavericks and madmen who fly the highest tech attack helicopters make their own rules as they shuttle CIA spooks and Special Ops commandos to high-risk zones -- and leap into the fight without question whenever the need arises.

But fresh from a successful mission against a Colombian drug lord, XBat finds itself the target of a new and unexpected enemy: fighter jets from a revitalized Venezuelan air force. A brutal new-age SS is coming alive in this volatile South America powderkeg, with the power to start a war and a terrifying weapon to help them win it. But now they've got XBat's rogue warriors on their tail, who are determined to pursue the growing threat from Caracas to Cuba . . . and eliminate it by any means necessary.