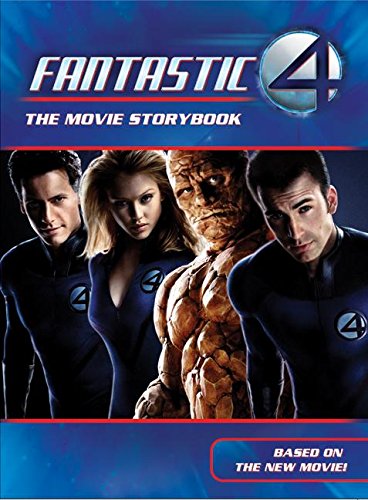 Reed Richards and his crew have been forever changed by a cosmic cloud. But the exposure has brought out the worst in Victor Von Doom. He has turned Ben Grimm against Reed, convincing him that Reed is responsible for Ben's hideous appearance.

Slowly Ben realises that Victor is out to ruin Reed and unites with his friends to stop him. Join Reed Richards, Sue Storm, Ben Grimm and Johnny Storm – now the Fantastic Four – as they battle against their new, electrified enemy, Dr Victor Von DooM.

With this photo–packed retelling of the movie, you can follow your favourite Fantastic Four characters as they battle Doctor Doom.

Catherine Hapka is the author of many books for children of all ages. She is too tall to ride ponies, though her mare, Gerri, still looks like one. Catherine takes riding lessons twice a week and lives on a farm with Gerri, three goats, a small flock of chickens, and too many cats.

Book Description HarperCollins Publishers Inc, United States, 2005. Paperback. Condition: New. Film tie-in edition. Brand New Book. Relive the adventure with this photo-packed storybook! Reed Richards, Sue Storm, Ben Grimm, and Johnny Storm gain superhuman powers after being exposed to cosmic radiation. On their quest to foil the plot of the evil Doctor Doom, the Fantastic Four must also deal with the pressures of fame and the realities of being a superpowered family. Will the Fantastic Four be able to deal with their new roles as the world s most famous superheroes?. Seller Inventory # LVN9780060786298