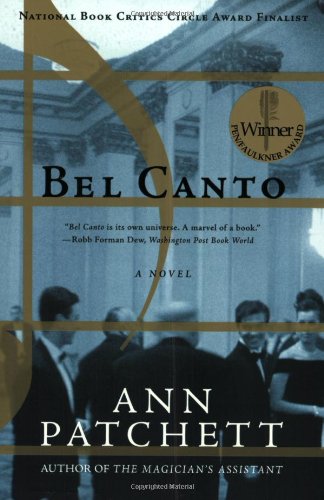 When terrorists seize hostages at an embassy party, an unlikely assortment of people is thrown together, including American opera star Roxane Coss and Mr. Hosokawa, a Japanese CEO and her biggest fan. By the author of The Magician's Assistant. Reprint.

Somewhere in South America, at the home of the country's vice president, a lavish birthday party is being held in honor of the powerful businessman Mr. Hosokawa. Roxanne Coss, opera's most revered soprano, has mesmerized the international guests with her singing. It is a perfect evening -- until a band of gunwielding terrorists takes the entire party hostage. But what begins as a panicked, life-threatening scenario slowly evolves into something quite different, a moment of great beauty, as terrorists and hostages forge unexpected bonds and people from different continents become compatriots, intimate friends, and lovers.

Book Description Condition: New. Somewhere in South America, at the home of the country's vice president, a lavish birthday party is being held in honor of Mr. Hosokawa, a powerful Japanese businessman. Roxanne Coss, opera's most revered soprano, has mesmerized the international guests with her singing. It is a perfect evening until a band of gun-wielding terrorists breaks in through the air-conditioning vents and takes the entire party hostage. But what begins as a panicked, life-threatening scenario slowly evolves into something quite different, as terrorists and hostages forge unexpected bonds and people from different countries and continents become compatriots.Friendship, compassion, and the chance for great love lead the characters to forget the real danger that has been set in motion and cannot be stopped. Seller Inventory # 9780060934415