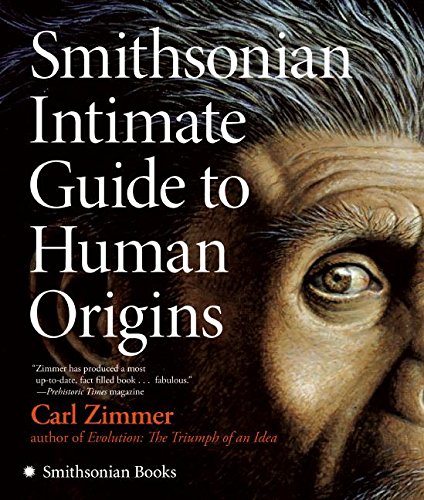 From the savannas of Africa to modern-day labs for biomechanical analysis and molecular genetics, Smithsonian Intimate Guide to Human Origins reveals how anthropologists are furiously redrawing the human family tree. Their discoveries have spawned a host of new questions: Should chimpanzees be included as a human species? Was it the physical difficulty of human childbirth that encouraged the development of social groups in early human species? Did humans and Neanderthals interbreed? Why did humans supplant Neanderthals in the end? In answering such questions, Smithsonian Intimate Guide to Human Origins sheds new light on one of the most important questions of all: What makes us human?

Carl Zimmer is the author of three well-received books on evolution. A Guggenheim fellow in 2002, he writes regularly for magazines, including National Geographic, Science, Newsweek, and Natural History.