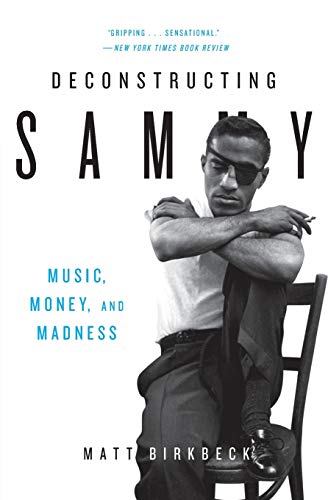 Adored by millions, Sammy Davis Jr. was considered an entertainment icon and a national treasure. But despite lifetime earnings that topped $50 million, Sammy died in 1990 near bankruptcy.

Years later his once-vivacious wife, Altovise, heir to one of the greatest entertainment legacies of the twentieth century, was living in poverty. With nowhere else to turn, she asked a former federal prosecutor, Albert “Sonny” Murray, to try to resolve Sammy's debts and restore his estate. For seven years Sonny probed Sammy's life and came to understand the tormented artist as a man of tragic complexity.

Deconstructing Sammy is the extraordinary story of an international celebrity whose outsize talent couldn't save him from himself.

Award-winning investigative journalist Matt Birkbeck is a former correspondent for People magazine and has written for the New York Times, Reader's Digest, Boston Magazine, and the Philadelphia Inquirer. He is the author of A Beautiful Child and A Deadly Secret, which was the subject of an MSNBC documentary, and coauthor of Till Death Do Us Part. He lives in Pennsylvania.

In a compelling audio presentation, narrator Peter Jay Fernandez recounts the life of Sammy Davis, Jr., in a direct and engaging manner. While making each character distinctive, Fernandez's style persuades the listener to become deeply involved in this heartbreaking story. With each chapter, it becomes more difficult to believe the extent to which one of the great entertainers of the twentieth century was surrounded by people, including his widow, Altovise, who bamboozled him in order to ride on his famous and wealthy coattails. Investigative journalist Matt Birkbeck recounts the tragic life of Davis and how, after his death, his legacy was revived by the noble work of one Albert "Sonny" Murray, a former federal prosecutor. The quality of the audio presentation equals the intensity of the story itself. M.R.E. © AudioFile 2009, Portland, Maine

Book Description Paperback. Condition: New. Paperback. in a whole new light. A serious work of investigative journalism that unveils the extraordinary story of an international celebrity at the center of a confluence of entertainment, politics.Shipping may be from multiple locations in the US or from the UK, depending on stock availability. 280 pages. 0.218. Seller Inventory # 9780061450679