Items related to Zombie: A Novel 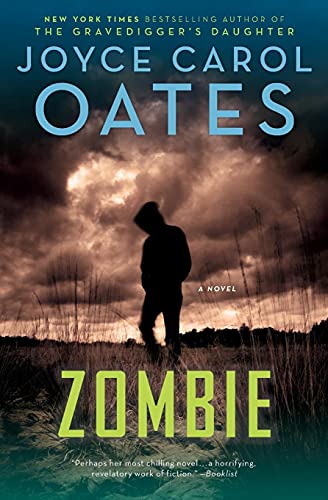 He is a problem for his professor father and his loving mother, though of course they do not believe the charge (sexual molestation of a minor) that got him in that bit of trouble.

He is a challenge for his court-appointed psychiatrist, who nonetheless is encouraged by the increasingly affirmative quality of his dreams and his openness in discussing them.

He is a thoroughly sweet young man for his wealthy grandmother, who gives him more and more, and can deny him less and less.

He is the most believable and thoroughly terrifying sexual psychopath and killer ever to be brought to life in fiction, as Joyce Carol Oates achieves her boldest and most brilliant triumph yet—a dazzling work of art that extends the borders of the novel into the darkest heart of truth.

A hero who gets into the mind of a serial killer is a fixture of television crime shows, but such stories are usually disappointing, because the viewer knows it's just a gimmick. Not so with this unusual little novel, which The New York Times called a "note-perfect, horror-comic ventriloquization of a half-bright, infantile serial killer." Joyce Carol Oates has so convincingly written through the voice of a killer, you will feel nervous while reading at how familiar, how human, he is. Part of how she achieves the effect is through sparing use of bizarre capitalization (e.g., "MOON" and "FRAGMENT") and crude drawings done with a felt-tip pen. But the language is what makes it come alive, as in such weird statements as "My whole body is a numb tongue." This book was winner of the 1996 Bram Stoker Award for Best Novel.

Book Description Paperback. Condition: New. Reprint. Language: English. Brand new Book. Zombie is a classic novel of dark obsession from the extraordinary Joyce Carol Oates. A brilliant, unflinching journey into the mind of a serial killer, Zombie views the world through the eyes of Quentin P., newly paroled sex offender, as he chillingly evolves from rapist to mass murderer. Joyce Carol Oates--the prolific author of so many extraordinary bestsellers, including The Gravediggers Daughter, Blonde, and The Falls--demonstrates why she ranks among America's most respected and accomplished literary artists with this provocative, breathtaking, and disturbing masterwork. Seller Inventory # AAC9780061778919