Items related to Towards Zero 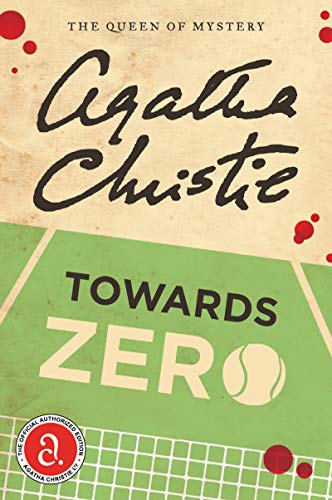 What is the connection among a failed suicide attempt, a wrongful accusation of theft against a schoolgirl, and the romantic life of a famous tennis player?

To the casual observer, apparently nothing. But when a house party gathers at Gull’s Point, the seaside home of an elderly widow, earlier events come to a dramatic head. As Superintendent Battle discovers, it is all part of a carefully laid plan—for murder.

Agatha Christie is the most widely published author of all time, outsold only by the Bible and Shakespeare. Her books have sold more than a billion copies in English and another billion in a hundred foreign languages. She died in 1976.

Neville Strange, his wives (past and present), friends, and family converge for a late summer weekend. When two seemingly unrelated murders occur, it's up to Superintendent Battle to go back twenty years to uncover the truth. Narrator Hugh Fraser, who plays Captain Hastings on the A&E and PBS Poirot series, expertly handles male, female, young, and old individuals while creating a constant sense of foreboding. He also excels at presenting the nuances of the story's crucial moments. An interesting cast of suspects keep listeners in doubt until the very end. This is a wonderful choice for Christie fans and those who enjoy a taste of times past. S.G.B. © AudioFile 2007, Portland, Maine-- Copyright © AudioFile, Portland, Maine

Towards Zero (Paperback or Softback)