Items related to The Martian Chronicles 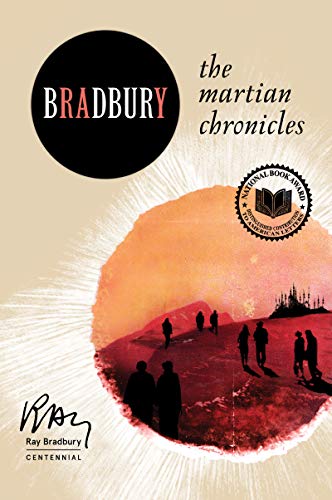 Soar above the fossil seas and crystal pillars of a deadworld in the pages of Ray Bradbury’s The Martian Chronicles. A milestone of American literature, Bradbury’s classic collection of interconnected vignettes about life on the red planet diverges from the War of the Worlds theme, in which humanity must defend its shores against its neighbors, for in Bradbury’s prismatic vision, humanity is the conqueror, colonizing Mars to escape an Earth devastated by atomic war and environmental catastrophe.

Bradbury’s The Martian Chronicles is a must-read for any fan of science fiction or fantasy, a crucial precursor to films like Avatar and Alien and books like Kim Stanley Robinson’s Red Mars and Dan Simmons’ Hyperion, and a haunting prophesy of humanity’s destiny to bring our old dreams and follies along with us wherever we may venture forth.

From "Rocket Summer" to "The Million-Year Picnic," Ray Bradbury's stories of the colonization of Mars form an eerie mesh of past and future. Written in the 1940s, the chronicles drip with nostalgic atmosphere--shady porches with tinkling pitchers of lemonade, grandfather clocks, chintz-covered sofas. But longing for this comfortable past proves dangerous in every way to Bradbury's characters--the golden-eyed Martians as well as the humans. Starting in the far-flung future of 1999, expedition after expedition leaves Earth to investigate Mars. The Martians guard their mysteries well, but they are decimated by the diseases that arrive with the rockets. Colonists appear, most with ideas no more lofty than starting a hot-dog stand, and with no respect for the culture they've displaced.

Bradbury's quiet exploration of a future that looks so much like the past is sprinkled with lighter material. In "The Silent Towns," the last man on Mars hears the phone ring and ends up on a comical blind date. But in most of these stories, Bradbury holds up a mirror to humanity that reflects a shameful treatment of "the other," yielding, time after time, a harvest of loneliness and isolation. Yet the collection ends with hope for renewal, as a colonist family turns away from the demise of the Earth towards a new future on Mars. Bradbury is a master fantasist and The Martian Chronicles are an unforgettable work of art. --Blaise Selby

9. The Martian Chronicles (Paperback or Softback)