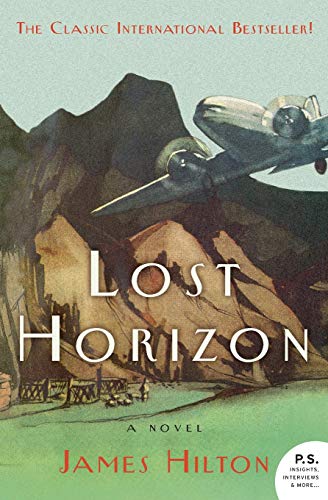 James Hilton’s famous utopian adventure novel, and the origin of the mythical sanctuary Shangri-La, receives new life in this beautiful reissue from Harper Perennial. A book that the New Yorker calls “the most artful kind of suspense . . . ingenuity [we] have rarely seen equaled,” Lost Horizon captured the national consciousness when first published in the 1930s, and Frank Capra’s 1937 film adaptation catapulted it to the height of cultural significance. Readers of Mitchell Zuckoff’s harrowing history of a real-life plane crash in Dutch New Guinea, Lost in Shangri-La, as well as fans of novels ranging from The Man Who Would Be King to Seven Years in Tibet to State of Wonder will be fascinated and delighted by this milestone in adventure fiction, the world’s first look at this sanctuary above the clouds. The new Perennial edition also features a bonus essay on Lost Horizon by Don’t Know Much About History author Kenneth C. Davis.

When an uprising in Baskul forces a small group of English and American residents to flee, their plane crash-lands in the far western reaches of the Tibetan Himalayas. There, the bewildered party finds themselves stranded outside the protective borders of the British Empire, and discovers access to a place beyond the bounds of the imagination—a legendary paradise, the mystic monastery Shangri-La.

New P.S. Edition featuring an essay by Kenneth C. Davis, author of Don't Know Much About® History and Two-Bit Culture: The Paperbacking of America.