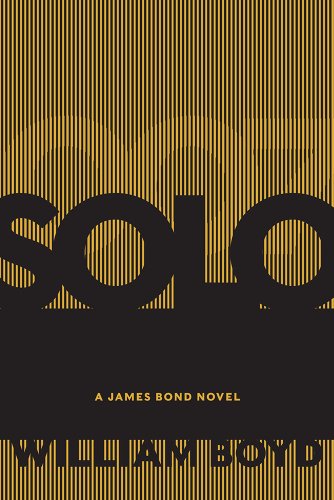 Paperback. Pub Date :2013-06-11 Pages: 336 Language: English Publisher: Harper It is 1969 and James Bond is about to go solo. recklessly motivated by revenge A seasoned veteran of the service. 007 is sent to single-handedly. stop a civil war in the small West African nation of Zanzarim. Aided by a beautiful accomplice and hindered by the local militia. he undergoes a scarring experience which compels him to ignore Ms orders in pursuit of his own brand of justice. Bonds renegade action leads him to Washington. DC. where he discovers a web of geopolitical intrigue and witnesses fresh horrors. Even if Bond succeeds in exacting his revenge. a man with two faces will come to stalk his every waking moment.

William Boyd is also the author of A Good Man in Africa, winner of the Whitbread Award and the Somerset Maugham Award; An Ice-Cream War, winner of the John Llewellyn Rhys War Prize and short-listed for the Booker Prize; Brazzaville Beach, winner of the James Tait Black Memorial Prize; Restless, winner of the Costa Novel of the Year; Ordinary Thunderstorms; and Waiting for Sunrise, among other books. He lives in London.

“Solo never fails to keep the reader on the edge of his chair. . . . Boyd is a brilliant storyteller and the interwoven plots and surprises of Solo are often superior to Fleming’s own narrative stunts.” (The Daily Beast)

“A light, slick, sinuous adventure. . . . Though Boyd’s iteration of the character owes something to Graham Greene’s moral melancholy, Fleming’s Bond remains recognizable. So does the excellent pacing: Solo feels so quick that it could already be a movie.” (USA Today)

“Boyd has immersed himself in the character, the author and his oeuvre and come up with an adventure that’s triumphantly the equal of the great Bond adventures. . . . A brilliant imitation that’s occasionally superior to the prototype.” (Robert McCrum, The Guardian)

“A perfectly judged narrative tempo . . . . The action is expertly plotted. . . . Solo’s true literary craft lies in the subtlety of its correspondences and also the suspenseful quality that keeps us on our toes until the closing pages. Mission accomplished.” (The Financial Times)

“Breathtaking. . . . Boyd manages to enrich and refresh a character we thought we knew too well. . . . A terrific twisting thriller. . . . A tremendous Bond story.” (The Sunday Times)

“A compulsively readable thriller, replicating the cocktail of ingredients that got Fleming’s readers hooked and yet to let the cracks in the fantasy figure show through. A thoroughly rewarding, entertaining and ultimately thought provoking fix.” (GQ)

“More than half a century on, Boyd proves that there are plenty of pages left in 007’s passport. I doubt his creator could have done it better.” (Olen Steinhauer, The New York Times Book Review)

“The prose of Boyd is frankly superior to that of Fleming. . . . A bloody good thriller. A triumph.” (The Observer)

Book Description Harper, 2013. Condition: Good. A+ Customer service! Satisfaction Guaranteed! Book is in Used-Good condition. Pages and cover are clean and intact. Used items may not include supplementary materials such as CDs or access codes. May show signs of minor shelf wear and contain limited notes and highlighting. Seller Inventory # 0062293265-2-4

Book Description Harper, 2013. Paperback. Condition: Good. Connecting readers with great books since 1972. Used books may not include companion materials, some shelf wear, may contain highlighting/notes, may not include cdrom or access codes. Customer service is our top priority!. Seller Inventory # S_272577341

Book Description Harper, 2013. Paperback. Condition: Good. Connecting readers with great books since 1972. Used books may not include companion materials, some shelf wear, may contain highlighting/notes, may not include cdrom or access codes. Customer service is our top priority!. Seller Inventory # S_282923833