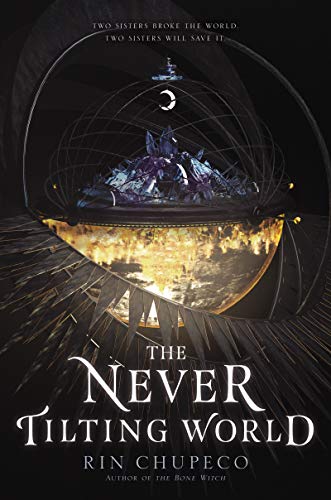 A world split between day and night. Two sisters who must unite it. The author of The Bone Witch kicks off an epic YA fantasy duology perfect for fans of Furyborn.

Generations of twin goddesses have long ruled Aeon—until one sister’s betrayal split their world in two. A Great Abyss now divides two realms: one cloaked in eternal night, the other scorched beneath an ever-burning sun.

While one sister rules the frozen fortress of Aranth, her twin rules the sand-locked Golden City—each with a daughter by their side. Now those young goddesses must set out on separate, equally dangerous journeys in hopes of healing their broken world. No matter the sacrifice it demands.

Rin Chupeco has written obscure manuals for complicated computer programs, talked people out of their money at event shows, and done many other terrible things. She now writes about ghosts and fantastic worlds but is still sometimes mistaken for a revenant. She is the author of The Girl from the Well, its sequel, The Suffering, and the Bone Witch trilogy. Find her at www.rinchupeco.com.

Review:
“The Never Tilting World is what happens when Garth Nix meets Mad Max: Fury Road. It’s a dark, lovely, and even timely look at a world that’s fallen apart, with just the right blend of epic action and twisted magic.” (Tara Sim, author of Timekeeper)

“Complex, brutal, romantic, and terrifying. With a phenomenal cast of characters who stick to your bones and vivid worldbuilding that shows up in your dreams, this is a book that demands to be experienced.” (Dahlia Adler, author of Under the Lights and editor of His Hideous Heart)