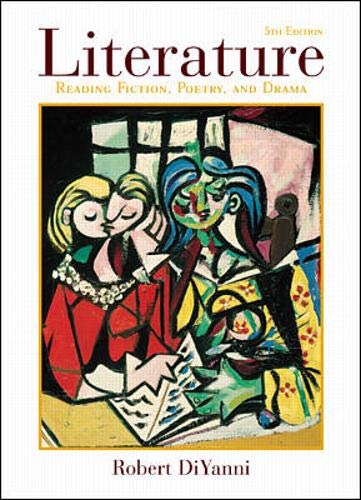 Known for its clear presentation of the formal elements of literary analysis, DiYanni's Literature effectively balances classical, modern, and contemporary works across the three major genres, blending well-known writers with a diverse gathering of newer, international figures. This literary breadth is supplemented by extensive coverage of writing about literature, making DiYanni an excellent resource for literature instructors who want a full-featured anthology.