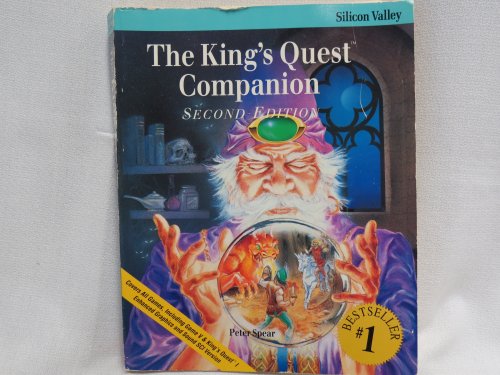 King's Quest Companion is an official authorized walkthrough/hint book that covered each of the games in a novella style format written by Peter Spear, Jeremy Spear, and some material by eluki bes shahar. There were four editions, with the 4th edition covering up to King's Quest 7. The short story adaptations often added new history to the story of Daventry in the process, as well as adding more detailed background to items found, while remaining true to the games. See From the Chronicles of Daventry. The editions were endorsed by Roberta Williams herself (she had some involvement in their development), and became an important part of the original King's Quest's canon offering 'greater depth and detail' (according to Roberta), it was referenced in other King's Quest games, manuals, and hintbooks (for example Derek Karlavaegen became an important part of the backstory to King's Quest 6, and many of the facts from the books became questions in King's Questions trivia video game). With it one could learn the deepest, most hidden secrets about the real world of Daventry.